The story of 20 year old MEETCH is mind blowing and one of true perseverance. With hearing only left in one ear (more on that later), he’s now performing all over the East coast. Meetch first came to the web’s attention when popular blogs such as EDM SAUCE featured his song ‘MINDLESS’. The melody-laden and power bassline-infused electro house now sees a follow up in the form of a FREE ALBUM! ‘complexcity’ will hit the web April 27 on www.djmeetch.com. We had a little chat with him prior to the release of his album.

What was your strongest motivation to pursue a career in music?

– Well, I started playing drums at the age of like 9. I realized I happen to be the only person in the history of my family to have such a strong interest in music. I took this to my advantage and went from rock music, to metal, to screamo, now to EDM. I wanted to be the first person in my family to make a huge change and to go down in history. My motivation came from wanting to be different and to be known for something as universal as music.

Do you become a different person when you get on stage?

– Yes and no. I’m the most hyper energetic social person that people may even know. I love to talk and to connect and chill. But when I’m on stage, I want to just do my work alone and control the entire crowd by myself. I jump around and go crazy and scream on the mic and its just a ridiculous feeling to that by only me. Luckily I don’t have to deal with requests or anything when I’m playing a main stage show.

– The freaks come out at night. The sun goes down, the lightshows appear. People’s moods automatically change and you can just tell the vibe is always better in the dark. As for me, dance music is some of the only type of tunes I vibe too. So it always sounds wonderful to me.

How do you balance your DJ career with other obligations in your life?

– Well I love DJing parties. But recently I have only been focusing on making a group of amazing tracks. Such as this album, ComplexCity. At the end of the day, the only way to become a successful DJ, is to be a talented hard-working producer. Then you can play nothing but your own dope tracks. I went to the Institute of Audio Research in NYC so after I graduated; the only thing that goes on in my mind is music. I intern at music studios so I’m really trying to make music my goal in every way possible. My friends like dance music, and for the people that don’t, I don’t see them that much at all. I like to stay on the same frequency as others. It’s all about flowing with the world’s energy. How would you define success as a DJ? Is it a Beatport top 10 hit? A sold out tour? What are your thoughts on this?

– A successful DJ dedicates all of his time to the tracks he makes. He doesn’t get any bullshit ghost produced. His tracks spread across the internet. Hit Beatport or not, people want to book them for nothing but their talent and dedication. Yeah I have a few tracks on labels on Beatport, but I like to release music for free because EVERYONE likes free things. Free music just makes it easier to spread.

Hardware, software, or both?

– Hardware. The only time that software comes into play is using it to load your tracks onto that fat USB. I like to get as real as it gets. That’s CDJ Nexus 2000s, and a Nexus 900 mixer. Can’t tell you how many events I’ve been too, including big name DJs where the music has stopped due to a shitty laptop failure.

Is there something that is really fucked up in the DJ scene? How would we go about to change that?

– “Hey wanna play main stage? Sell 100 tickets and you MIGHT get that chance.” This is a huge phase. Anyone that wastes their time making some team to sell tickets is really going to kick them in the nuts when they don’t need to do that anymore. Because there lies a bunch of untalented DJs that make either no music or bad quality synth loops. That’s why you have to stay true to the music you make. Make smart moves and get the music into the right hands. Talent will ALWAYS prosper.

If you had to choose between a shitty party to play at with massive pay, or a superb party with no pay, which one would you pick? And give an example.

– To be honest, I would rather play the craziest show with the biggest crowd for no pay. Memories are built off the best times of your lives. Now how much money you make. I know I’ll remember making a five-thousand person crowd all jump at the same time to my track than that 1k I made the other day or an hour set.

– I don’t want to end this with the “believe in your dreams” crap, as true as it is. But to just have all of the energy at the palm of your hands. And you WILL become your own success. Success is built by character, not the money you make, or the girls you get. Make all the best memories last forever. 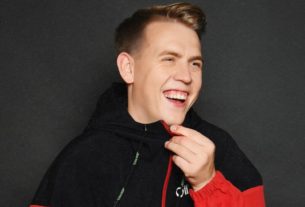