Preston Recordings label boss ALEX PRESTON, Australia’s premier Big Room/Electro House DJ proudly presents his new smash ‘COOKIE’. Already tested quite a few times in his DJ sets, it’s one of those ‘feel good’ tracks that will instantly lift up any crowd. We took the time to have a little chat with him!

Your new track Cookie is out now. Where does the title come from?
Cookie’s happen to be not only one of my favourite late night studio foods, but I’m pretty sure they have been scientifically proven to aid the making of bangers and promote generally good vibes. I thought it was about time I named a song after them.

How would you describe the scene in Australia where you come from?
It’s really cool at the moment because everyone is digging so many different types of house music. It’s pretty exciting because no one is really sure what is going to be the next big thing but I think we’re all enjoying the ride.
What is coming up tour wise for you?
I’ve got a heap of local shows coming up here on the East Coast of Australia.
Which artist would you really like to collab with?
I’m really loving Dannic’s stuff at the moment as well as Merk & Kremont. I would love to get the studio with those guys!
What’s your favorite drink of choice before a gig?
A Redbull usually gets me fired up plus plenty of water. I tend to jump around a lot on stage so I loose a lot of fluids!
What’s the most fun career moment you experienced so far?
It’s hard to think of one! I had fun at a show last weekend – it was so packed and everyone was really fired up!
The weirdest place where you ever heard your own music play?
In a cafe while people were eating breakfast!
Is there anything else you would like to mention?
Not at this point!

OUT NOW EXCLUSIVELY ON BEATPORT 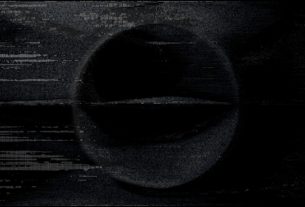