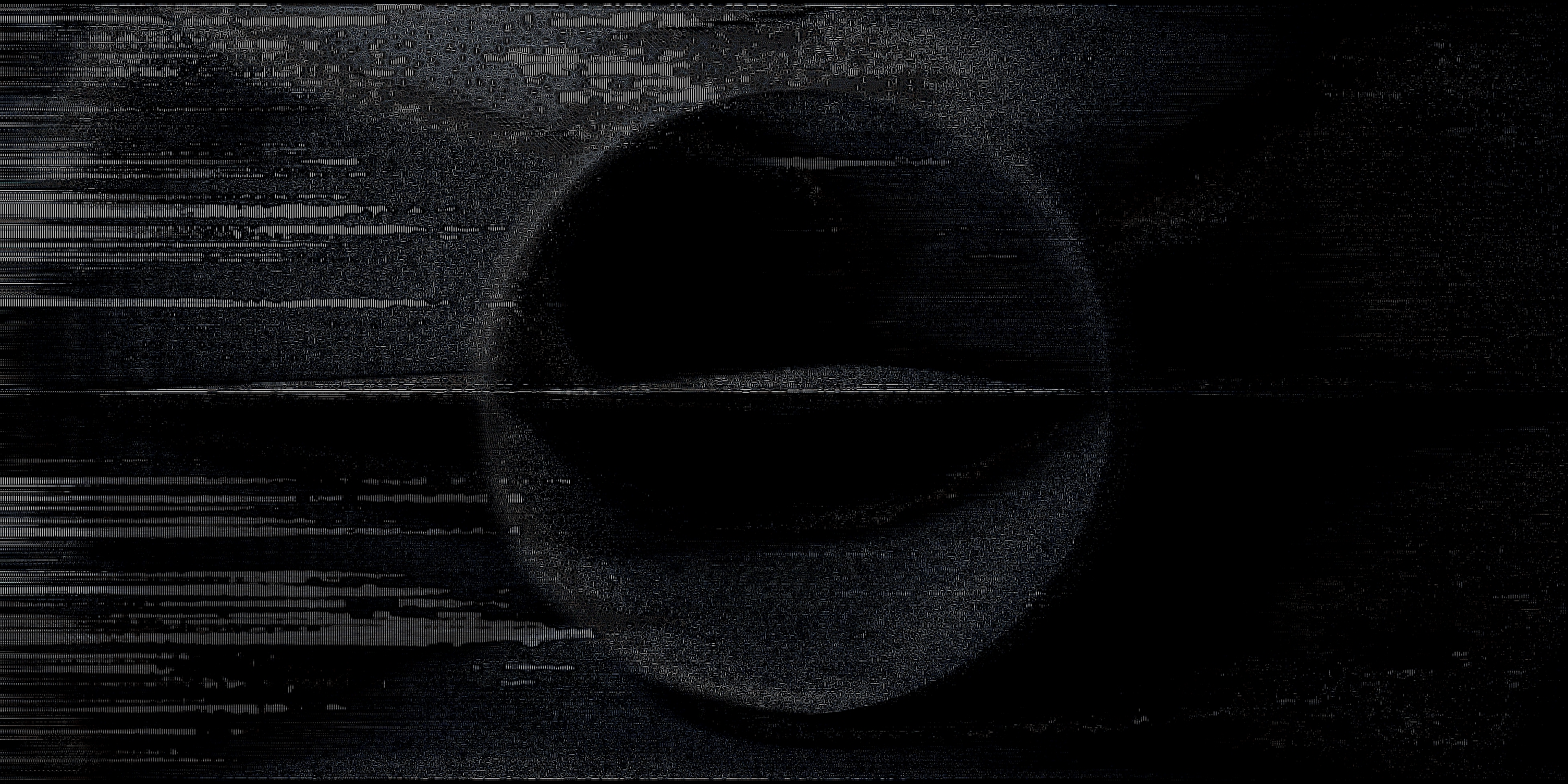 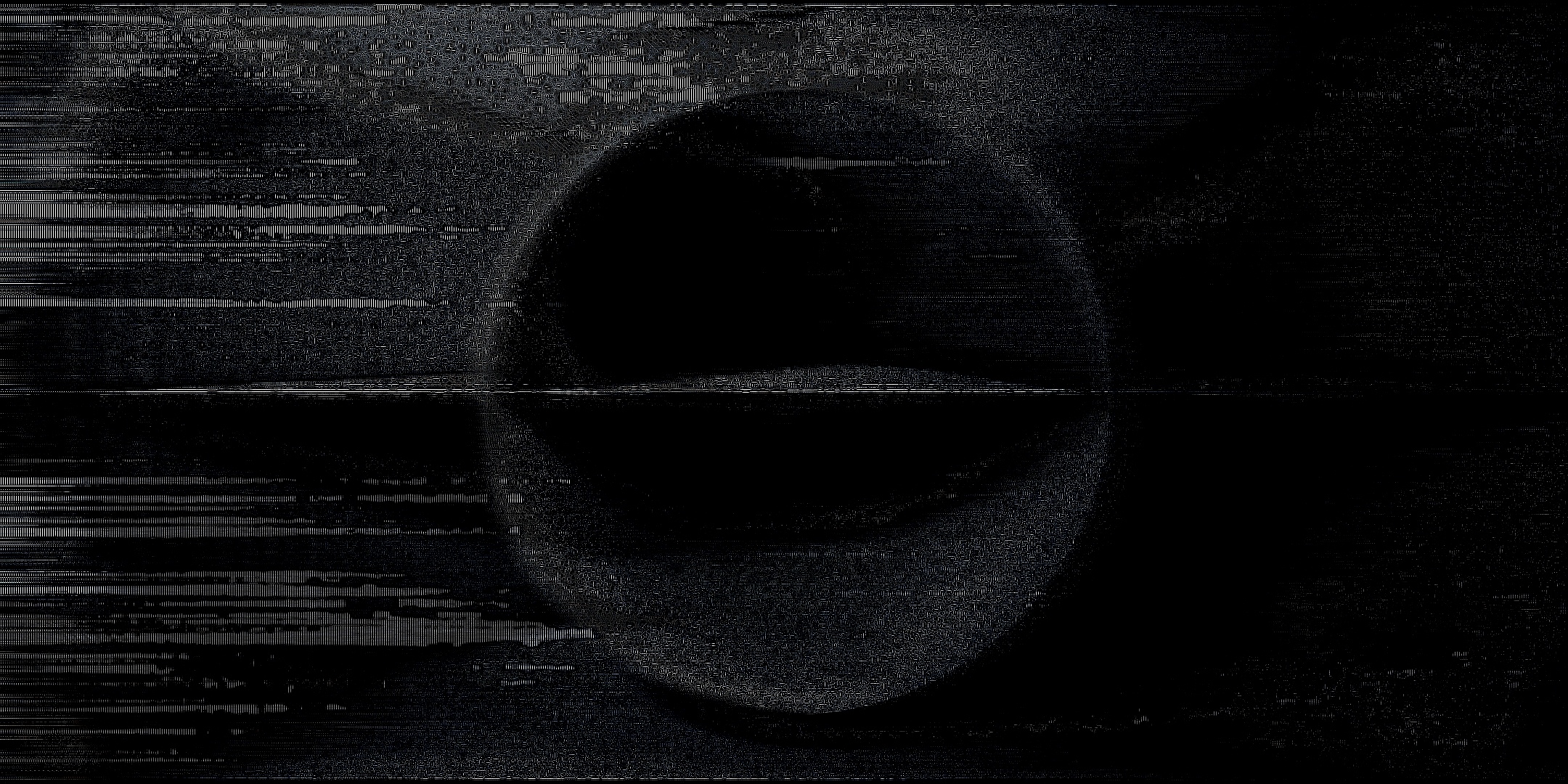 Several months before their major release at the iconic Icelandic label Bedroom Community, 404.zero premieres their first audio-visual album “Black Sunday”, a breathtaking piece for art and music connoisseurs that was created with an idea to enrich and deepen the sonic journey of the listener.The 404.zero’s sound philosophy is to completely reject samples and any other studio tricks – hence the fascinating naturalness of their music which one could tell from the very beginning. It’s not that easy to hang genre labels on the “Black Sunday”: a bit of a dark ambient, a rough drone and cybernetic textures of IDM, with glossy-dark, almost grimy bass here and there. 404.zero recorded “Black Sunday” while having live sessions with the Buchla synthesizer and a popular eurorack modular system used by such experimenters as Tangerine Dream or Animal Collective. The sound in this album does not draw sensory landscapes or images, but rather serves as a basis for spatial compositions emerging slowly and sliding away with time.
Especially for the audiovisual mini-album “Black Sunday” the 404.zero has created a monochrome video track, synchronized with the structural metamorphoses of the sounds, trough which one could literally get inside the music flow. Screening it on the IMAX cinematic systems, one would send people directly to inner space, and projecting it in a home cinema with a full sound, you can turn your apartment into a private digital art gallery, while viewing it on small displays would multiply the music experience. We are unable to guess what the 404.zero will come up with further, but such an original start of discography makes us certain with at least one thing – this will be even more interesting.

“This accomplished and ever-ambitious duo of A/V architects and toolmakers cook up mind-altering experiences in generative art that require expertise in math, coding and science of sound. By creating metastasising digital matter of frighteningly porous frontiers exclusively through TouchDesigner and modular gear, they push back the limits of a footage and sample free language that is opulent and breathtakingly singular. Talking as starting points their most irrepressible fascinations with death, the unknown and the cosmos, they craft thrilling, precise, painterly code-art that broaches big philosophical questions and provides mesmerising though highly spectacular answers” – Mutek

“The 404.zero team conjures a precise and clearly defined understanding of life’s concept through creating an audiovisual art” – Visual Atelier 8

“Not just a big screen with cool graphics, but a crafted piece of art that moves the little hairs on your arms to full attention. It’s powerful, emotive, even downright dystopian – but it makes you feel something big, real big” – Magnetic Mag

Mixmag Russia identified a list of the best Russian media artists, VJs and production specialists in the field of digital-art and asked them to tell about their projects and industry at large. 404.zero is one of them. Read more: Mixmag Russia

The first 404.zero’s music experiments took place in the famous Greenhouse Studio in Reykjavik, the studio where Bjork, Sigur Rós and Brian Eno have been recorded. The desertedness and serenity of the country of Iceland sparked the artists’ musical inspiration. Surrounded by visual purity of northern nature and wired by modular synthesizers, they recorded music for two albums. In June, they will be presenting the full-length album “404.0” released by the iconic Icelandic label Bedroom Community, working with Ben Frost and other renowned avant-guard music artists. Before the premier of the LP, 404.zero release a mini audiovisual album “Black Sunday”.

The 404.zero is an internationally renowned digital art project. Media artists Kristina Karpysheva and Alexander Letsius banded together in 2016 and ever since they’ve been working with the largest Russian and international festivals, such as MUTEK, Japan Media Arts Festival, Circle of light, Gamma Festival, SOUND UP. They also got a chance to present their spatial audiovisual artworks in Mexico City, Seoul, Lima, Los Angeles, and New York. Impressive immersive works by the 404.zero group were enthusiastically reviewed by specialized international magazines, such as The Culture Trip, Mixmag, Visual Atelier, Arch Daily.

The art of total installation by the 404.zero group implies complete immersion into the space created by the artists, be it the facade of the Bolshoi Theatre transformed by mapping, a generative video displayed in a cathedral or an abandoned factory workshop filled with light and sound. Of all the artistic tools, the sound is of crucial importance for the artists, as it places the viewer in a transcendent acoustic environment and it is also an essential component of the all-encompassing aesthetic experience.

Step by step, the 404.zero’s experiments with sound and acoustics went far beyond scenography and led to a new artistic challenge, which is to create music that would not be limited by rigid framework of site specific projects. When visual imagery steps on a musical terrain, room for new breakthroughs emerges. Among the rare cases of such a multidisciplinary approach one could name the Japanese sound artist Ryoji Ikeda and the German hybrid art pioneer Carsten Nicolai, better known by the music community as Alvo Noto.